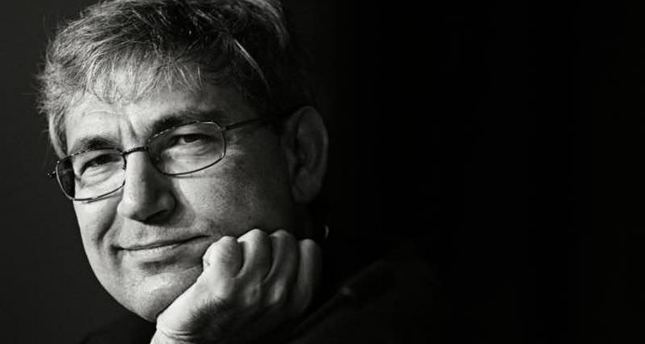 Orhan Pamuk, Turkish novelist, screenwriter and academic, was born in 1952 in Istanbul, in the wealthy westernised district of Nisantasi. He attended Robert College, an American school in Istanbul, and went on to study architecture at Istanbul Technical University; after three years he dropped out and devoted himself full-time to writing. Pahmuk graduated in 1977 at Istanbul University Institute of Journalism, but never worked as a journalist.

In 1982 he published his first novel, “Cevdet Bey and His Sons”, the story of an Istanbul family set during the establishment of the Turkish republic; the novel was awarded both the Orhan Kemal and Milliyet literary prizes. In 1983 he published his second novel “Silent House”, which won in French translation the 1991 Prix de la découverte européene.  In 1985 the novel “The White Castle” was published in english and translated in many other languages from 1990 onwards, bringing Pamuk his international fame.  From 1985 to 1988 Pamuk was a visiting scholar at Columbia University in New York and the University of Iowa. During his stay in America he wrote most of “The Black Book”, whose french translation won the Prix France Culture; this novel enlarged Pamuk fame both in Tukey and internationally. The novel “The New Life”, published in Turkey in 1994, is one of the most widely read books in Turkish literature. “My Name Is Red”, was published in 1998. This novel won the French Prix du meilleur livre étranger, the Italian Grinzane Cavour (2002) and the International IMPAC Dublin literary award (2003). Pamuk’s next work appeared first in Turkey as “Kar” in 2002 and then in English translation as “Snow” in 2004.  In 2005 Pamuk gave an interview to a Swiss paper with strong declarations about Armenian catastrophe as well as Turkey’s ongoing problems with its Kurdish minority, the world’s largest ethnic group without their own homeland; he became the target of death threats and was forced to flee his home in Istanbul. He returned to face criminal prosecution under a new law passed in June 2005. The process was then suspended. In 2006 Pamuk was awarded the Nobel Prize for Literature. “The Museum of Innocence” was published in 2008 and Pamuk’s ninth novel, “A Strangeness in My Mind”, in 2014. Pamuk’s tenth novel, “The Red-Haired Woman” (2016) is a novel of ideas in the tradition of the French conte philosophique. Orhan Pamuk’s books have been translated into 63 languages.

Apart from three years in New York, Orhan Pamuk has spent all his life in the same streets and district of Istanbul, and he now lives in the building where he has been raised. Pamuk has been writing novels for 40 years and writing is his only passion.