KENYAN WRITER AND EDITOR BASED IN NAIROBI. 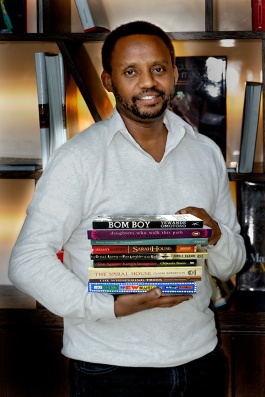 Billy Kahora is the Managing Editor of Kwani?. He also writes fiction and completed an MS.c in Creative Writing with distinction at the University of Edinburgh as a Chevening Scholar in 2007. Before that Billy studied and worked in South Africa for 8 years and in between worked as an Editorial Assistant for All Africa.com in Washington D.C. He has a Bachelor of Journalism degree and post-graduate diploma in Media Studies from Rhodes University. His short story, ‘Treadmill Love’, was highly commended by the 2007 Caine Prize judges. He has recently edited Kenya Burning, a visual narrative of the Kenya post-elections crisis published by the GoDown Arts Centre and Kwani Trust in March 2009. His extended feature, The True Story of David Munyakei on Kenya’s biggest whistleblower has been developed into a non-fiction novella and released by Kwani Trust in July 2009. Billy was a Regional judge for the 2009 Commonwealth Writers’ Prize.